Handguns, Shorguns, Rifles: These Are the Five Best Firearms In Existence 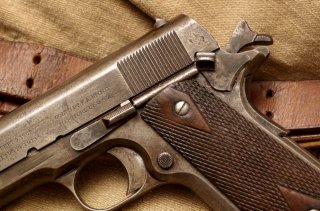 The standard weapon of the Russian Ground Forces is the AK-74M. Developed in the 1970s as a replacement for the iconic AK-47, the main difference between the two weapons was the use of smaller, lighter 5.45-millimeter ammunition.