Has the Age of the Main Battle Tank Already Come and Gone? 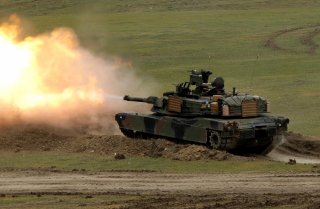 Here's What You Need to Remember: While wheeled MBT supplements have seen success, some nations have pitched the idea of lighter vehicles with full power tank guns as MBT replacements. Poland notably has been considering these ideas, as they grapple with their aging fleet of T-72M1s and PT-91s. One of these vehicles is the “Anders” light vehicle, which mounts an autoloaded RUAG CTG 120-millimeter gun.

While the Main Battle Tank has dominated ground conflict for almost the last half century of wars, it is a very costly machine in many aspects. MBTs take a lot of resources to deploy, operate, and procure due to their heavy armor and weight. They are often not very strategically mobile, requiring shipping on ships as opposed to aircraft. As a result, in the past thirty years, many concepts have been put forth as MBT replacements or supplements in the form of a versatile gun on a lighter wheeled or tracked chassis. This article will discuss Polish, American and South African attempts to develop such vehicles.