Has America Already Lost the South China Sea to Beijing? 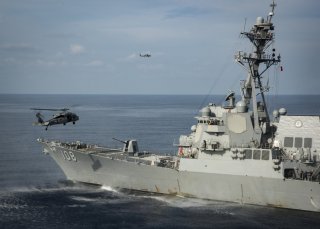 Weeping, gnashing of teeth and rending of garments! Those were sounds emanating from Beijing following the July 2016 ruling from the International Tribunal for the Law of the Sea.

And a land grab, even if much of the land is watery. At issue is Scarborough Shoal; the shoal is a submerged reef deep within the Philippines’ EEZ, extending two hundred nautical miles offshore and grants the coastal state exclusive rights to tap natural resources in those waters and the seafloor beneath. China’s coast guard and navy shut their Philippine counterparts out of the waters at Scarborough Shoal—that is, out of waters allocated to Manila by treaty—in 2012.