Has China Cracked the Code on Creating the Perfect Stealth Plane 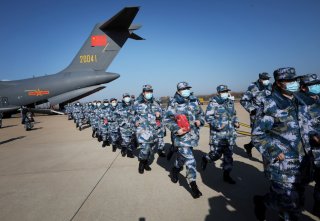 Here's What You Need to Remember: Metamaterials clearly are promising and, over time, could be used in warplane production around the world. But they are not revolutionary.

Metamaterials clearly are promising and, over time, could wind their way into various countries’ warplane production. But they are not revolutionary.