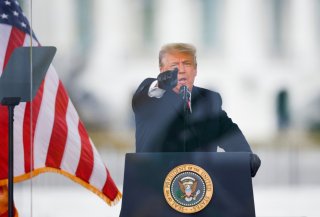 Donald Trump and his narcissistic style of leadership will soon vacate the political stage, despite his latest attempt to cajole elected officials into illegally changing the outcome of November’s presidential election.

But what about those who aspire to key leadership positions who have been inspired by Trump? Will they perpetuate this new model of leadership without understanding that the potential fallout could be viral and spread to their organizations and employees?

American psychologist and author John Gartner, formerly of Johns Hopkins University, sounded the alarm about Trump three years ago, calling on him to be removed from office because he was “psychologically incapable of competently discharging the duties of president.” The petition garnered thousands of signatures.

Narcissism can be described as a grandiose sense of self-importance. A healthy dose of narcissism can be an integral part of a mature adult’s psyche. It can foster positive traits such as confidence, creativity, humour and wisdom.

These are of course important qualities that many of the world’s genius artists, business people and scientists possess.

Their confidence and larger-than-life attitude, after all, have propelled them to the top. Narcissistic leaders often emerge during times of crisis where followers seek the leadership of a charismatic, confident and creative chief.

To the outside world, narcissists appear self-assured, charming and likeable upon first glance. For this reason, they often emerge as leaders. However, important research has shown the thin veneer of these qualities becomes apparent over time, and there’s often a stark contrast between a narcissist’s perceived leadership abilities and their actual abilities. The narcissistic leader’s weaknesses come to the surface.

While their hunger for power and admiration may yield positive results in the beginning, in the long run, narcissistic leaders are bound to leave damaged systems and relationships in their wake.

Identifiable negative traits of narcissists include sensitivity to criticism, poor listening skills, lack of empathy, intense desire to compete, arrogance, feelings of inferiority, need for recognition and superiority, hypersensitivity, anger, amorality, irrationality, inflexibility and paranoia. Some of these traits seem to fit Trump.

A leader who was perhaps once seen as a visionary slowly but surely transforming into a destructive tyrant can have grave consequences for organizations that are helmed by narcissists. Narcissistic leadership can negatively affect job satisfaction and morale while fuelling chaos and employee turnover.

As time goes on, their insecurities, domineering nature and disregard for the feelings and needs of others lead to employees’ emotional exhaustion, burnout and withdrawal from the organization. In essence, only the leader’s beliefs, experiences and knowledge count. This was evident when Trump publicly stated he knew more than his generals and even in his recently revealed phone call to Georgia officials, when he attempted to browbeat and threaten them to “find” more than 11,000 votes.

Indeed, there is no more relevant or obvious example of the damaging effects of excessive narcissism on leadership ability than Trump. His chaotic leadership style is useful to study since very few of us are trained to deal with this type of behaviour and this type of person.

Before he was elected president, Trump had made a name for himself in the mainstream media and turned his public persona into a lucrative brand. His 1988 book, The Art of the Deal, and later his NBC show, The Apprentice, garnered a large following of admirers, many in leadership positions.

Of course, Trump floundered at times, declaring bankruptcy six times, but he always managed to save himself and threaten his naysayers until they disappeared.

We’ve experienced signs of the destructiveness of his behaviour on the world stage. Rather than knowing the “art of a deal,” a president and any other leader should know the art of diplomacy, empathy and service. Unfortunately, these are words that aren’t part of Trump’s vocabulary.

What’s more, his erratic behaviour seems to have had a detrimental effect on his team members, who can never seem to control his outbursts. This should serve as a warning to organizational leaders flirting with this type of leader.

Can the narcissist be managed?

In today’s uncertain market, more and more companies are becoming comfortable with this type of unpredictable and chaotic leadership style, hoping for big gains and magic.

It’s critical to understand that it’s possible for businesses to reap the benefits of a narcissistic leader as long there’s a trusted sidekick or No. 2 who can anchor their grandiose ideas and help control them. This is tricky to do and not common in contemporary organizations as they attempt to eradicate any perceived competition or control.

Any type of controlling influence has been absent in the Trump administration as he operates without guardrails, creating great fallout.

The issue for followers is it never ends well. We have seen this real-time case study play out for the past four years of the Trump presidency.

The challenge is: How will current and future organizational leaders accept or reject the type of narcissistic and damaging leader who is determined to win at any cost?