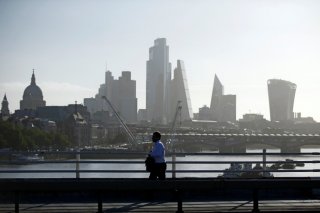 The COVID-19 pandemic continues to cause suffering around the world, but another killer has silently struck in summer 2020. With relatively little by way of official warning or advice on how people can stay safe, recent heatwaves may have cost thousands of lives across the UK and western Europe. And these extreme weather events are arriving more often and in longer, deadlier bouts.

Most deaths during heatwaves occur out of sight and among those who are most vulnerable, such as the elderly and those with pre-existing health conditions. Because heatwaves aren’t something we can see or touch – and are often greeted with joy – it’s often difficult for people to understand the risk they pose.

Climate change is projected to raise average temperatures in the UK by 5°C by 2070, making the kind of temperatures seen in the mid-August heatwave of 2020 the norm for summers of the future. That could amount to a daunting public health crisis, and one which few people are talking about.

For every 1°C above a daily average temperature in the summer months, the UK currently sees a 2% rise in the death rate.

Up to 5,000 people could die each year as a result of heat in the UK by 2050. Elsewhere, longer and hotter heatwaves are likely to wreak havoc on infrastructure built in a cooler past. Railway tracks will buckle, bridges will sag and reservoirs could dry up. More than 300 households in West Sussex went without water for five days this summer.

Despite all this, heatwaves don’t even carry a Met Office weather warning, like rain, wind or snow. In the government’s national risk register, heatwaves are described as being more likely to occur than coastal and river flooding, and the scale of the damage they cause is similar. But from 2000 to 2019, there have been 68 journal articles published on heatwaves in the UK, versus 1,766 on floods. The amount of research attention and funding that heatwaves receive compared to flooding is tiny, even though extreme heat can trigger storms which themselves cause flash flooding.

Many researchers, including me, think the UK government’s handling of heatwaves is inadequate. As Bob Ward, policy director of the Grantham Research Institute on Climate Change at the London School of Economics said in 2018: “The lack of communication by government departments and agencies about the risks of heatwaves is contributing to the death toll every year.”

England has the heat health plan to coordinate relief efforts during heatwaves. It’s an emergency response run by Public Health England (which is in the process of being dismantled by the government) and informed by Met Office forecasting. When a heatwave is expected, warnings are sent to hospitals and care homes to take necessary precautions, like deploying fans and air conditioning.

The plan is only used from June 1 to September 15. If three consecutive days with hot temperatures pass outside those dates, there’s no emergency response mandated by the heat health plan. Nor would an event outside those dates even qualify for the official definition of a heatwave. But as February 2019 proved, heatwaves can arrive in the UK outside of official British summertime.

The heat health plan only covers England, and since it’s an emergency response that’s only enacted in the health sector, the plan doesn’t allow for adaptations where they’re most needed to save lives. Overheating occurs in 20% of UK homes during a normal summer and it can lead to potentially fatal heat stroke. This is the cause of most preventable heatwave deaths and it demands an adaptation plan from the government that includes retrofitting homes and building new housing that doesn’t overheat.

Workplaces also need a legal maximum temperature at which people can stop working during bouts of extreme heat. In Latin America, working throughout heatwaves has been linked to kidney disease.

Heatwaves will continue to grow in intensity, duration and frequency without action on climate change. An emergency response once one has been declared is not enough. As extreme heat becomes routine, we must adapt our homes, roads and other infrastructure to save lives.