The Heavy Infantry Fighting Vehicle: An Emerging Weapon Of War 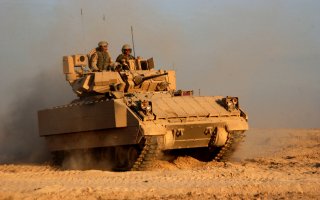 Here's What You Need to Know: The tactical mobility and speed advantages that originally characterized the IFV no longer apply to these new vehicles.