Hell on Earth: War Against Iran Would Make Iraq Look Like Child’s Play 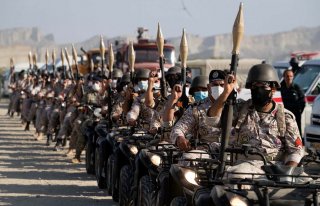 Here's What You Need to Remember: Regime change might work, but there’s little good reason to believe the chances of such are high. A war would incur serious costs on Iran, but would also commit the United States to the destruction of the Islamic Republic, a process that could take decades, if it succeeds at all.