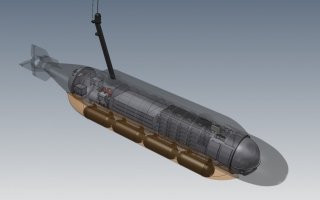 Here's What You Need to Know: The future is now.

In March 2020, the British Royal Navy announced awarding a contract for an unmanned submarine—a drone—that will be 30 meters long, or about 100 feet, and have a 3,000 kilometer—1,900 mile —range. The builder, Submergence Group & M Subs Ltd are based in the UK and Texas.