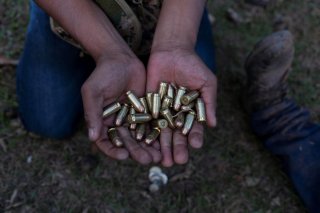 Here's What You Need To Remember: CTA in small arms is a promising technology that could significantly reduce the weight that a soldier carries into battle, while also providing other minor benefits. However, it’s unclear whether this is enough of an improvement for the U.S. military to adopt it.