Here’s What It Takes to Join the FBI 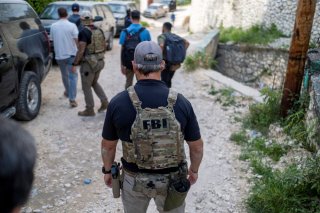 Here's What You Need to Remember: In order to pass the standardized physical fitness test, trainees must achieve a minimum cumulative score of twelve points with at least one point in each of four areas: continuous sit-ups in one minute, timed three-hundred-meter sprint, push-ups (untimed), and timed 1.5-mile run.

Right off the bat, the Federal Bureau of Investigation (FBI) says this on its website to potential recruits: “Becoming a Special Agent takes dedication.”

It appears “dedication” is just the bare minimum because there is a host of mentally and physically challenging hurdles—all part of the Special Agent Selection System (SASS)—trainees must successfully jump over to have the chance to proudly call themselves FBI Special Agents.

To attain this prestigious position, it’s no secret that it requires a significant amount of time and commitment, which include adhering to the highest standards of conduct, especially in maintaining honesty and integrity and being available for worldwide assignments on either a temporary or a long-term basis.

An agent must also work a minimum of fifty hours a week (which may include irregular hours) and be on call 24/7, including holidays and weekends, maintain a high level of fitness, carry a firearm and be willing to use deadly force, and be able to participate in arrests, execution of search warrants, and other highly dangerous assignments.

Furthermore, one must be in possession of a bachelor’s degree and have at least two years of full-time professional work experience. There are also a few minimum qualifications that an individual cannot control, such as being between twenty-three and thirty-six years of age.

“FBI Special Agents have a mandatory retirement age of fifty-seven,” the FBI website states. “In order to achieve the required twenty years of service for retirement, Special Agents must enter on duty no later than the day before their thirty-seventh birthday. … The FBI may disqualify applicants at any time if it is determined that they will reach age thirty-seven before appointment.”

In order to pass the standardized physical fitness test, trainees must achieve a minimum cumulative score of twelve points with at least one point in each of four areas: continuous sit-ups in one minute, timed three-hundred-meter sprint, push-ups (untimed), and timed 1.5-mile run.

In the academic department, trainees study a wide range of subjects that familiarizes them with the fundamentals of law, ethics, behavioral science, interviewing and report writing, basic and advanced investigative and intelligence techniques, interrogation, and forensic science.

As for the operational skills and firearms concentration, the candidates receive defensive tactics training that focuses on boxing and grappling, handcuffing, control holds, searches of subjects, weapon retention, and disarming techniques.

Moreover, there are more than ninety hours of instruction and practical exercises that focus on tactics, operations planning, operation of cooperating witnesses and informants, physical and electronic surveillance, undercover operations, and the development and dissemination of intelligence. There are also real-life exercises that put trainees in the middle of a bank robbery, a kidnapping, an assault on a federal officer, and armed arrest scenarios.