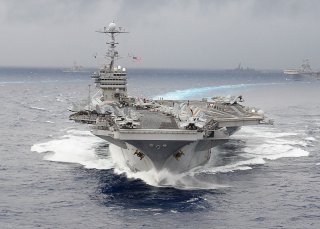 Here’s What You Need to Know: The real litmus test for any man-of-war is its capacity to fulfill the missions for which it was built.

Or, size matters. The air wing—the complement of interceptors, attack planes, and support aircraft that populate a carrier's decks—comprise its main battery or primary armament. The bigger the ship, the bigger the hangar and flight decks that accommodate the air wing.

James Holmes is Professor of Strategy at the Naval War College and coauthor ofRed Star over the Pacific. The views voiced here are his alone.

This first appeared in 2014 and is being resposted due to reader interest.