Here's 3 Areas Where the South Korean Army Can Improve 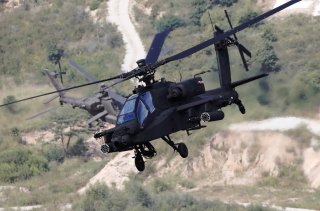 Here's What You Need to Remember: Every military has more needs and capability gaps to be filled than resources or even time. But if the ROK can successfully address the challenges of missile defense, battlefield C4ISR and ASW, it will have gone a long way towards enhancing its deterrent posture.

Even if current international efforts to eliminate North Korea’s growing arsenal of nuclear weapons and long-range ballistic missiles succeed, the Republic of South Korea (ROK) will face a massive conventional threat from across the demilitarized zone. If these efforts are unsuccessful, the conventional threat will become even more problematic. There are plausible scenarios in which Pyongyang seeks to reunify the Korean peninsula by force under the umbrella of a relatively secure nuclear deterrent that can target not only South Korea but also Japan and even many major U.S. cities.

The ROK would not be a pushover in any conventional fight with North Korea (DPRK). It has a large and generally well-equipped Army. Its Air Force is aging but still better than what is available to the North. Moreover, there are plans to modernize the South Korean Air Force possibly with a combination of F-35s and an indigenously designed and built aircraft. Backing up the ROK military are the Armed Forces of the United States.

Nevertheless, the ROK military has a number of critical capability gaps that need to be addressed in order to bolster deterrence. In addition, the United States and South Korea are moving forward on a plan that would, for the first time, put Seoul in charge of both U.S. and Korean forces in the event of war. In order to execute their new responsibilities, the ROK’s military needs state of the art command, control and communications capabilities.

The ROK government recognizes the need to shore up its conventional defenses regardless of the outcome of efforts to denuclearize the DPRK. This was a central topic of discussion between Presidents Moon and Trump during the latter’s recent visit to South Korea.

While much could be done to modernize the already significant capabilities of the South Korean military, here are three areas that require priority investment:

This area has seen a lot of attention of late, most notably with the controversial deployment of the U.S. Terminal High Altitude Area Defense (THAAD) system to South Korea. In addition, the ROK military operates eight Patriot air and missile defense batteries. However, the former is essentially a point defense system that can engage incoming missiles just prior to impact. The latter has a large defensive footprint because it can intercept targets at a much higher altitude and farther away from their intended target. Given the number and variety of rockets and missiles in the DPRK inventory, the ROK needs a greater number of missile defense batteries and interceptors as well as additional types of systems in order to create a robust layered defense.

A vigorous defense of the ROK from conventionally-armed rockets and missiles doesn’t have to intercept every incoming weapon. It has to be capable of preferentially defending high-value military targets such as airfields, ports of debarkation, military headquarters and troop concentration areas.

South Korea needs a sensor network and battle management system that can rapidly identify and track large numbers of incoming objects, characterize the structure of the attacks, and allocate available interceptors according to a defensive strategy. It also needs an additional layer of defense that would intercept rockets and missiles at altitudes higher than Patriot can reach but below those of THAAD engagements. This could be provided by systems such as the Aegis Ashore, currently being deployed in Europe, the Standard Missile-3 on South Korea’s three Aegis-capable destroyers or the David’s Sling, developed in Israel and currently supported by Raytheon.

A conventional war on the Korean peninsula would involve over a million soldiers with thousands of armored vehicles. It is likely that the North Korean Army will attack in waves, which are called echelons. Anticipating and reacting to this onslaught will require the ability to both track moving formations and find fixed targets such as artillery units or supply depots.

The U.S has such a system, one designed for an environment similar to that on the Korean peninsula. It is the Joint Surveillance Targeting Attack Radar System (JSTARS). JSTARS can continuously cover some 50,000 square kilometers, track up to 600 targets both moving and stationary simultaneously at distances exceeding 250 kilometers. With multiple stations on the aircraft for intelligence analysts and mission planners, it is the mobile heart of a modern ground warfare C4ISR system.

The U.S. Air Force is currently considering whether or not to modernize its JSTARS fleet with a new aircraft and improved sensors. If South Korea were to commit to acquiring four or five JSTARS, the price to the Air Force for its tranche of aircraft would be reduced.

Deterring and, if necessary, defeating a North Korean offensive will depend greatly on the rapid flow of reinforcements and supplies. North Korean submarines could pose a serious threat to that flow. Finding and destroying hostile submarines must be a priority for the ROK Navy.

The U.S. Navy has a major effort underway to recapture its once-vaunted skills in ASW and modernize its platforms and systems. It is acquiring the Littoral Combat Ship with its substantial ASW capability. The Navy also is seeking designs for a new multi-mission frigate. Seoul should consider acquiring one or both of these platforms.

It is said that the best ASW platform is another submarine, particularly one that is nuclear powered. The U.S. currently operates the best nuclear attack submarines in the world, the older Los Angeles class and the new Virginia class. South Korea would like to design and build its own attack submarines, eventually to include ones that are nuclear powered. Until then, it must look to other countries to provide used or new boats.

Every military has more needs and capability gaps to be filled than resources or even time. But if the ROK can successfully address the challenges of missile defense, battlefield C4ISR and ASW, it will have gone a long way towards enhancing its deterrent posture.