Here's the American Gameplan for Nuclear War with Russia 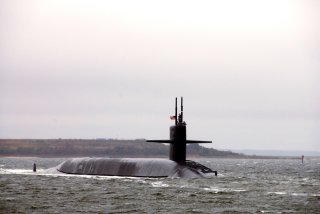 Here's What You Need to Know: Former U.S. Air Force Chief of Staff David Goldfein mapped out what he would do if Russia attacked the US with a nuclear weapon.

Red lights start flashing in rapid succession, space-based infrared sensors detect a heat signature, somebody calls the President...and in what may seem like a matter of seconds, the US launches an immediate, massive counterattack. F-35s, B-2 bombers, nuclear-armed Navy submarines, missile-armed destroyers, Ground Based Interceptors and satellites -- are all instantly thrust into action. Why?

This development, considered both highly significant and a “first-of-its-kind” technological step forward, does seem to advance the technical infrastructure needed to fire multiple interceptors and integrated systems to increase the probability of an ICBM “kill.” Raytheon is currently working with the Pentagon on this particular task, through the development of an emerging system called Multi-Object Kill Vehilce (MOKV). The new system, to emerge in the early 2020s, leverages advanced sensor technology and engineering to integrate multipe kill vehicles into a single GBI.