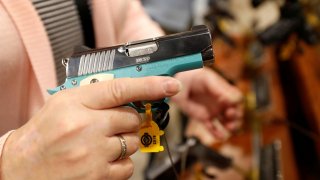 In this article we’ll take a look at the best .380 ACP ammo for self-defense. The .380 ACP is one of the most popular calibers for concealed carry today. Many small pocket semi-automatic pistols chamber and fire the .380 round because it’s smaller than 9mm and can therefore fit into an overall smaller package. In fact, the .380 ACP is often referred to as a 9mm short because it’s literally just a shortened 9mm.

That being said, the .380 is not a round without its detractors. The main issue with .380 is penetration. The Federal Bureau of Investigation recommends that a suitable self-defense round have penetration of at least 12 inches, and certain .380 loads may struggle to achieve this while also maintaining good expansion.

However, there’s no question that the .380 ACP is a viable defensive round, because many lives have been saved by armed citizens who used a .380 to defend themselves against violent aggressors. The only concern is finding a specific .380 round that will get the job done.

Here are the best .380 ACP rounds for self-defense:

The Federal Personal Defense HST is a heavier .380 round that has a reputation for reliability and superior terminal performance. The HST can deliver 1,030 FPS out of a 2.75 inch barrel (a typical barrel length for a .380 pocket pistol such as the Ruger LCP) with a total bullet weight of 99 grains, which is slightly heavier than the standard weight of 95 grains.

One reason for the reliability of the HST is because the jacket links with the core of the round. This also ensures that it does not separate upon impacting the target, resulting in greater penetration and weight retention a well. The fact that the tips of the jacket are thinned also results in greater expansion as well.

All in all, the Federal HST is a great round for personal defense, including in the .380 ACP caliber. It is more expensive than many other .380 self-defense rounds, but you’ll get what you pay for.

Another .380 self-defensive load from Federal is the Federal Hydra-Shok, which is popular with law enforcement agencies across the United States in a variety of different calibers.

The Hydra-Shok differs from the HST with its center post design and serrated jacket. This ensures that expansion will be controlled with the maximum amount of energy transferred.

As with the HST, the rounds of nickel coated to help ensure proper reliability and feeding. The nickel coating also resists moisture and corrosion much better than brass, and will therefore preserve their quality for a longer amount of time.

All in all, Hydra-Shoks are another excellent option for a self-defensive round, offering suitable penetration and expansion for the .380 cartridge.

Another popular choice for self-defensive .380 ACP ammo is the Hornady Critical Defense. These rounds are designed to offer the highest muzzle velocity possible for the .380 round at over 1,050 feet per second, which is one of the very highest out of the .380 rounds in the industry.

The Critical Defense rounds are visually notable for their red polymer tips that are visible at the end of the round, but the insides of the bullets are still made out of a lead core. The polymer tips are actually designed to help increase expansion while also ensuring a stable trajectory to improve your accuracy.

Who says you have to use hollow points for self defense? While it is generally wiser to use hollow points, in the case of .380 ACP round penetration is vitally important and the .380 has less energy behind it. Full metal jacket round nose ammunition will always penetrate farther, but you run the risk of it then over penetrating and causing collateral damage.

Going with flat nose full metal jacket ammo can be a good compromise for the .380, and one of the best is the Winchester White Box .380 ACP ammunition with a bullet weight of 95 grains. This ammunition is routinely considered to be some of the very best full metal jacket .380 ammo out on the market today. It offers a muzzle velocity of 955 feet per second, and is routinely noted for its high accuracy.

.380 ACP is a perfectly viable round for self-defense and personal protection. When choosing the best .380 ACP ammo for self-defense any one of the above loads will be a good round to keep in your .380 caliber concealed carry pistol.