Here's How To Manage the Rise of China 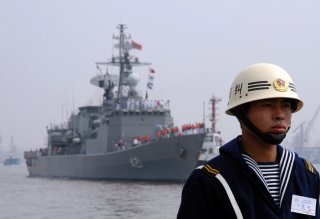 Hugh White seems seized by anxiety in his latest and arguably most pessimistic assessment of US–China tensions over Taiwan and the strategic choices facing Australia.

White argues that the risk of war between the US and China is ‘quite high’ and that recent remarks by Defence Minister Peter Dutton suggest that Australia will follow America to war against China if China attacks Taiwan.

The most likely outcome of a US–China war, he says, would be ‘a costly and inconclusive stalemate’, with the chances of the war going nuclear ‘quite high’ and the chances of US victory ‘very low’.

A war, White argues, would likely destroy the liberal rules-based order. The cost in blood and treasure would be ‘almost unthinkably large … probably far higher than living under a new Chinese-led regional order’. These few words are the core of his argument.

White acknowledges that it’s credible to argue that Taiwan’s democracy shouldn’t be subjugated to Beijing’s increasingly authoritarian rule. But he nevertheless argues that there’s ‘a mortal [presumably moral] imperative to avoid war, and perhaps especially to avoid nuclear war’, which has to be balanced against the imperative to support democracy against authoritarianism.

He concludes that Australia needs to start debating the competing claims of these ‘seemingly incompatible imperatives’. His analysis and argument are, as always, elegantly expressed, but they ignore some fundamental questions and leave others unclear or ambiguous.

First, contrary to White’s assertion, balancing the imperatives of avoiding war and supporting democracy have long been a key focus of Australian debates on the US alliance, China policy and Taiwan. The issue is fraught and intensified when politicians make provocative remarks crafted for domestic electoral advantage.

Second, and more importantly, White’s own position is profoundly ambiguous. He sees the prospect of nuclear war as high, the prospect of US victory as low and the cost of war as probably higher than living under a new Chinese-led order. Given these conclusions, any balancing debate on avoiding war versus supporting democracy would seem irrelevant. White seems at least close to convinced that the game is up, that China has won, and that we must all surrender and settle down to live under a Chinese-led order after conceding or sacrificing Taiwan and ousting US maritime power from the region.

Two questions arise. Would such an outcome restore tranquillity, amity and peace to the region? And would life under a Chinese-led regional order be acceptable or even bearable to Australia and its democratic neighbours?

Far from being satisfied, China would be more likely to seek new territories to reclaim and to rule. That has always been the way of expansionist bully-boy powers when pusillanimous competitors appease them; think Czechoslovakia and Poland in the late 1930s. China is pursuing regional hegemony by moving to drive US power from the region. Stability and peace are not high on its international agenda. Its business is disruption and pressure.

Recent events in China leave little doubt about the quality of life under Beijing’s authoritarian rule. Hong Kong’s democracy has been trampled and violated, the ethnic cleansing of the Xinjiang Uyghurs is far advanced, dissident citizens are disappearing with an efficiency unmatched since the days of Stalin’s USSR. Democratic Taiwan would doubtless be similarly treated if ‘reunited’ with the mainland. So much for amity and peace under a Chinese order led by Xi Jinping.

Australia and its democratic neighbours would suffer too. If Canberra buckled to China’s published list of ‘14 grievances’, Australia’s independence, sovereignty and liberal democratic political culture would be destroyed and it would become a vassal client state.

It’s a pity that White, founding executive director of ASPI, barely canvassed these issues beyond observing in passing that it was ‘credible’ to argue that Taiwan’s democracy shouldn’t be subjugated. There are moral imperatives here, and issues of national interest, culture and alliance relations. White clearly recognises them but apparently sets them aside in hopes of avoiding a war.

Yet avoiding war often requires alliances of like-minded powers to balance, and to deter, potential aggressors by raising the cost of conflict higher than an aggressor is willing to pay. Australia’s alliance with the United States has served Canberra well despite its high and sometimes tragic costs. It has also given Australia access to superior US military technologies. If China succeeded in displacing the US in the region, the US alliance with Australia would inevitably collapse.

That would be a potentially fatal blow to Australia’s vital security interests and leave the nation much more vulnerable to aggressors while facing higher defence spending on possibly inferior equipment. Strong alliances—like the new and evolving AUKUS grouping—seem far more likely to deter war with China than appeasement policies based on misplaced optimism about Chinese benevolence once its demands are met.

Of course, as White notes, China is an increasingly formidable and nuclear-armed US competitor with impressive and growing military power. It is catching up fast. But White’s grim assessment of the course of any conflict ignores the ongoing military superiority of the US in both conventional and nuclear arms—a reality well understood by China. This point was emphasised in the powerful response to White by ASPI’s current executive director Peter Jennings and it needs no further elaboration here.

One hundred and twenty years ago, US president Theodore Roosevelt based his foreign policy on an African aphorism: ‘Speak softly and carry a big stick.’ Add ‘and maintain balancing alliances’ and you have the foundations for a policy to manage the Chinese challenge. It is a pity that White seems to prefer a policy of ‘Stay quiet and carry a feather duster.’

Geoffrey Barker is a former defence and diplomatic correspondent with extensive experience in the US and Europe.

This article was first published by the Australian Strategic Policy Institute and can be found here.