Here's How to Shoot Down an F-22 Raptor 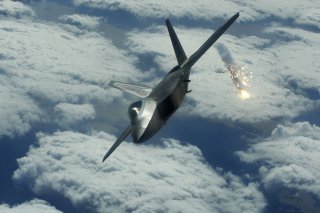 Here's What You Need To Remember: The F-22 rules the roost - but its pilots can make mistakes just like anyone, and the jet has been "shot down" in war games several times.