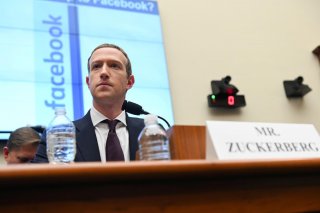 YouTube said Tuesday that a glitch in the platform’s enforcement system caused an algorithm to remove comments containing a phrase used to criticize the Chinese Communist Party.

That was not the first time a tech titan has used that sort of response after removing or blocking content.

Any comment posted to Google-owned YouTube containing the phrase “五毛,” which translates to “wumao” and stands for “50-cent party,” would be deleted within seconds with almost no warning, several outlets reported Tuesday. The phrase refers to a CCP-funded project paying trolls 50 Chinese cents for every post they publish supporting the government.

“This appears to be an error in our enforcement systems and we are currently investigating,” a YouTube spokeswoman told the Daily Caller News Foundation Tuesday. The company’s representative did not respond to further questions about what led the algorithm to mistakenly nix the content.

Some pundits and reporters on Twitter floated possible reasons why the comments were deleted. “Lotta conspiracy minded replies to this, but I think the interesting q is whether Chinese gov’t or allies are gaming the reporting system,” New York Times’ columnist Ben Smith suggested in a tweet Tuesday addressing reports of YouTube’s statements.

Other reporters came away with similar takeaways.

“Lotta scoffing at ‘accidentally’ here, but the most plausible explanation is that Chinese operatives worked furiously to mass-report these terms and hence get them automatically flagged by content filters,” Daily Beast reporter Lachlan Markay told his Twitter followers Tuesday.

Big tech companies have been relying more on algorithms for content moderation as employees stay at home amid a pandemic that has killed more than 300,000 people worldwide. Facebook, for its part, has acknowledged that relying on artificial intelligence rather than human moderators could increase instances where user’s content gets falsely flagged.

Instagram reinstated a censored post from Babylon Bee founder Adam Ford in April 2019 after he noticed one of his pro-life comic strips was deleted. The comic, which was removed for “hate speech,” sought to show how similar some arguments used to defend abortion are to some used to defend slavery in the U.S.

“This image was removed in error and will be reinstated shortly,” Instagram told TheDCNF in a brief statement in April of that year.

“There is no way any human being could believe my comic is promoting slavery, since the two women talking are clearly identified as living 200 years ago, and the woman on the right is clearly the ‘bad guy,’” Ford, who no longer owns Babylon Bee, wrote in a statement to the DCNF at the time. “Does Instagram consider it ‘hate speech’ to contend for the humanity and personhood of the unborn?”

Facebook temporarily marked a video about an abortion survivor as spam in February on the same week an Instagram fact-checker rated a post about babies with Down Syndrome as “false.”

Life Training Institute’s pro-life speaker Seth Gruber had recorded an interview with abortion survivor Melissa Ohden in January, and then published and released the video the following morning on audio podcast platforms before sharing the YouTube link to his Facebook account, the DCNF reported in February. “I was flagged by Facebook on that post,” Gruber said.

Facebook told Gruber that his post “goes against our Community Standards on spam” and let him know that “no one else can see your post. We have these standards to help prevent people from misleading others. We may restrict your account if you violate our standards again.”

“The video was incorrectly removed by our automated spam systems but has now been restored,” a Facebook spokeswoman told the DCNF at the time.

The Washington Post’s Erik Wemple Blog reported in 2012 that a man the paper identified only as “Ward” created a provocative meme lashing out at Obama for supposedly not providing proper military support to U.S. officials who died during the Benghazi attack.

Ward’s meme read: “Obama called the SEALs and THEY got bin Laden. When the SEALs called Obama, THEY GOT DENIED.”

Facebook sent Ward a warning about the meme, telling him to take it down. He didn’t comply, so the company removed the image before explaining that the meme violated Facebook’s Statement of Rights and Responsibilities. The company later reversed course, according to the Erik Wemple Blog.

“This was an error and we apologize for any inconvenience it may have caused. They can feel free to repost the image,” a Facebook representative told the Erik Wemple Blog at the time.

“Twitter takes reports of violations of the Twitter Rules very seriously,” Twitter’s support team wrote in an email to Owens, who shared it with TheDCNF. “After reviewing your account, it looks like we made an error.”

“This was our mistake and we’ve apologized to the account owner for the error,” a spokeswoman for Twitter told TheDCNF at the time. The spokesperson did not say whether a human content monitor or an algorithm was responsible for suspending Owens’ account.

Twitter temporarily blocked registered nurse Brian Luedke in 2018 after he published a tweet referencing Hamas, a terror group that was in the news at the time as tensions along the Gaza border heated up. He had used the platform to criticize socialism and other left-wing ideologies, the DCNF reported in 2018.

“The account was not suspended but placed in a temporarily locked state until it deleted the Tweet,” Liz Kelley, a Twitter spokeswoman at the time, told TheDCNF in response to questions about why Luedke’s profile was taken offline. “This was our mistake and has been communicated to the account owner.”

Google initially labeled a video from a conservative group about radical climate activists as “disapproved” for “dangerous or derogatory content” in October 2019 because of a link attached to the video that leads to a Capital Research Center (CRC) article criticizing Ted Kaczynski, known as the Unabomber, who killed three people and injured 23 others in the 1990s.

“This ad was mistakenly disapproved because it linked to an article about the terrorist Ted Kacyzinski,” a Google spokesperson told the DCNF in October. CRC eventually decided to remove the article link mentioning Kaczynski from the video so the content could be advertised.

YouTube, a subsidiary of Google parent company Alphabet, also admitted to the DCNF in 2018 that some of its content moderators “may misapply some of our policies resulting in mistaken removals.”

YouTube recruited 10,000 employees in December 2018 to moderate accounts as the company focused on suppressing  conspiracy theories peddled on the platform by a number of fringe accounts. YouTube ultimately nixed them, but not before they reached massive amounts of people.