Here's What You Need to Know about the "Informal Stimulus Checks" 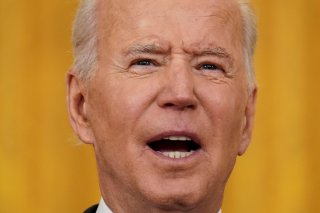 Here's What You Need To Remember: In the coming weeks, the IRS has estimated that more than a $1 billion worth of these “plus-up” payments will land in eligible bank accounts.

Know that to date, the Internal Revenue Service and the Treasury Department have disbursed millions of coronavirus stimulus checks under President Joe Biden’s American Rescue Plan.

While it is indeed true that this current third round of stimulus is winding down fast—just 15 percent of the total number of checks have yet to be sent out—make sure to keep an eye out for other government-issued cash windfalls.

In what already has been tabbed as a “fourth” stimulus check, keep in mind that beginning in July, millions of eligible parents will be able to get their hands on a $250 or $300 payment each month under the expanded child tax credit.

Furthermore, take note that thousands of “plus-up” or supplemental checks are still heading out to eligible Americans. The IRS says that these funds are “for people who earlier in March received payments based on their 2019 tax returns but are eligible for a new or larger payment based on their recently processed 2020 tax returns.”

For example, it “could include a situation where a person’s income dropped in 2020 compared to 2019, or a person had a new child or dependent on their 2020 tax return, and other situations.”

In the coming weeks, the IRS has estimated that more than a $1 billion worth of these “plus-up” payments will land in eligible bank accounts.

Another sizeable payment many Americans are in line to receive is from the 2020 unemployment benefits, which are expected to start landing in eligible U.S. bank accounts this month. This is due to Biden’s legislation that was able to waive federal tax on up to $10,200 of unemployment benefits—or $20,400 for married couples filing jointly—that were collected last year.

According to a recent Treasury report, about 7.3 million tax returns processed by the IRS appear to qualify for these tax refunds. The data further revealed that those tax returns reported a total of $87 billion in unemployment benefits.

The IRS stated that it will issue the refunds automatically to taxpayers who qualify.

“Because the change occurred after some people filed their taxes, the IRS will take steps in the spring and summer to make the appropriate change to their return, which may result in a refund,” the agency stated. “The first refunds are expected to be made in May and will continue into the summer.”

Also, understand that if Biden’s highly ambitious nearly $2 trillion American Families Plan ever gets green-lighted, that would provide even more financial relief to both individuals and families over the long term.

In one example according to the White House, an average family could save $14,800 a year on child care costs, as the president’s plan proposes to cap such expenditures at 7 percent of an individual’s income. Moreover, the expanded child tax credit would continue for four more years—through the year 2025.