Here's Why We Need To Cut the $600 Coronavirus Unemployment Benefit 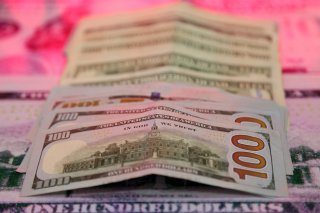 One of the most contentious parts of the “phase four” economic support and stimulus package floundering in Congress right now: What to do about that $600 weekly federal payment to supplement standard state-provided unemployment benefits? The Senate has already adjourned until next Monday after Congress failed to reach an agreement on extending those bonus benefits, which expire today. The Democratic-led House passed a $3.4 trillion bill in May that would extend the $600 weekly benefit through January. Senate Republicans want to reduce the bonus to $200 a week.

In an AEI online discussion yesterday — “COVID-19 this fall: Public health, the economy, and schools” — that I moderated, I asked AEI economist Michael Strain to explain the economic logic of reducing jobless bonus benefits. His answer:

I think in the months of April, May, June, and July, the evidence strongly suggests that the former effect is stronger. These unemployment benefits have really helped the economy by supporting consumer spending and have not slowed the economy down by increasing the unemployment rate, because the reason the unemployment rate is elevated is because there just aren’t jobs right now to get. So if you reduced the generosity of the benefit, you wouldn’t see people flood back to work; there are no jobs for them to flood back into. You would see a drop in consumer spending.

And so the question is this: Is there a way to support consumer spending in a way that these benefits have been doing while also not having these incentives not to go to work? And the answer is yes. The debate around these benefits has kind of a false choice character. We should be trying to figure out how we can reduce disincentives to employment while also supporting vulnerable households, strengthening the safety net, and making sure that consumer spending is supported. And it’s possible to do those things. So I’m in favor of cutting the $600 pretty significantly and then putting it on a glide path to zero by the end of the year, provided that we can also find ways to help support households and workers in the economy that don’t have those troubling incentives.

And what sorts of ways to “support households and workers” did Strain have in mind? Among them, he thinks expanding the Earned Income Tax Credit, perhaps in conjunction with expanding food stamps, and a more generous direct payment to lower-income households would all be preferable to continuing the $600 weekly federal supplement to unemployment benefits.

This article by James Pethokoukis first appeared in AEIdeas on July 31, 2020.

Image: Two women who lost their jobs fill out paperwork to file for unemployment following an outbreak of the coronavirus disease (COVID-19), at an Arkansas Workforce Center in Fayetteville, Arkansas, U.S. April 6, 2020. REUTERS/Nick Oxford.