High Tech Tanks: Army to Add Lasers and Railguns to Next Generation 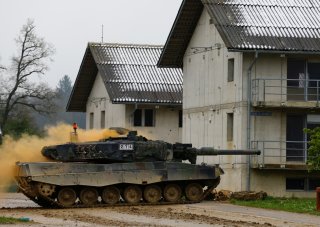 Here's What You Need to Remember: The main battle tank is not likely to disappear into the history books as the horse cavalry units of old did during the early part of the 20th Century, but technological advancements might fundamentally change the nature of future armored vehicles.

The U.S. Army is currently conducting an analysis of alternatives on what a future family of armored vehicles might look like.

“Are we sort of at that point in history where armored mechanized vehicles are going the way of horse cavalry?” U.S. Army Chief of Staff Gen. Mark A. Milley told an audience at the National Press Club in Washington, D.C.

Robotics, too, could play a huge role in future family of armored combat vehicles. Milley said that every future vehicle should be dual-capable so that a commander has the option of sending in a manned or unmanned version into a combat situation.

This first appeared in July 2017. It is being reprinted due to reader interest.