History Explains What Turkey's Mobile Artillery Plan To Do In Syria 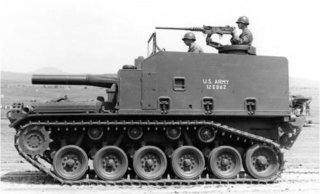 Here's What You Need To Remember: The T-155 has many of the same features and components as the South Korean Army’s K-9. Turkish forces have employed these weapons into combat against Kurdish insurgents and as part of cross-border operations into Syria.

After testing various upgrades, the Turkish Army choose a German-made package. As part of the deal, Rhinemetall supplied a reworked turret with the same 155-millimeter gun found on Germany’s M-109A3G self-propelled guns.

Since then, the M-52Ts have mainly made appearances during exercises. While they might be fine for mock battles, Turkey appears to keep the vehicles in reserve. The updated M-44Ts are gone completely.