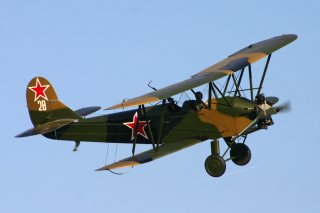 Here's What You Need To Remember: In December 1951, a flight of MiG-15s buzzed the South Korean capital of Seoul at night, startling the U.S. military with the realization they had no night fighters jets that could meet the Soviet jets on equal terms. All three branches of the U.S. military hastily deployed their most advanced radar-equipped jets to counter the threat.