The History of Placebos & Why Doctors Should Use Them More Often 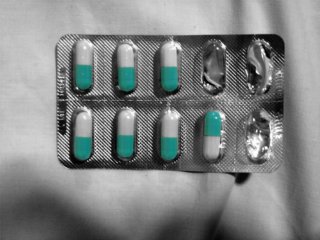 a certain leaf, but there was a charm to go with the remedy; and if one uttered the charm at the moment of its application, the remedy made one perfectly well; but without the charm there was no efficacy in the leaf.

Despite their importance, doctors are not allowed to use placebos to help patients (at least, officially), and there are debates about whether we still need them in clinical trials. Yet the science of placebos has evolved to the point where our views should – but have not – changed our prejudice against placebos in practice and the privileged position of placebo controls in clinical trials.

In this whistle-stop tour of the history of placebos, I will show what progress has been made and suggest where knowledge of placebos might go in the near future.

From pleasing prayers to pleasing treatments

The word “placebo”, as it is used in medicine, was introduced in Saint Jerome’s fourth-century translation of the Bible into Latin. Verse 9 of Psalm 114 became: placebo Domino in regione vivorum. “Placebo” means “I will please”, and the verse was then: “I will please the Lord in the land of the living.”

Historians are keen to point out that his translation isn’t quite correct. The Hebrew transliteration is iset’halekh liphnay Adonai b’artzot hakhayim, which means, “I will walk before the Lord in the land of the living.” I think historians are making much ado about not much: why would the Lord want to walk with anyone who wasn’t pleasing? Still, arguments about what placebos “really” are continue.

At that time, and even today, the mourning family provided a feast for those who attended the funeral. Because of the free feast, distant relatives, and – this is the important point – people who pretended to be relatives attended the funeral singing “placebo”, just to get the food. This deceptive practice led Chaucer to write, “Flatterers are the Devil’s chaplains, always singing Placebo.”

Chaucer also named one of the characters in The Merchant’s Tale, Placebo. The protagonist of the tale is Januarie. Januarie was a wealthy old knight who desired recreational sex with a younger woman called May. To legitimise his desire, he considers marrying her. Before making his decision, he consults his two friends Placebo and Justinius.

Placebo is keen to gain favour with the knight and approves of Januarie’s plans to marry May. Justinius is more cautious, citing Seneca and Cato, who preached virtue and caution in selecting a wife.

After listening to them both, Januarie tells Justinius that he didn’t give a damn about Seneca: he marries May. The theme of deception arises here, too, because Januarie is blind and does not catch May cheating on him.

In the 18th century, the term “placebo” moved into the medical realm when it was used to describe a doctor. In his 1763 book, Dr Pierce describes a visit to his friend, a Lady who was ill in bed. He finds “Dr. Placebo” sitting at her bedside.

Dr Placebo had impressive long curly hair, he was fashionable and he carefully prepared his medicine at the patient’s bedside. When Dr Pierce asks his friend how she was doing, she replies: “Pure and well, my old friend the Doctor has been just treating me with some of his good drops.” Pierce seems to imply that any positive effect Dr Placebo had was due to his great bedside manner, rather than the actual contents of the drops.

Eventually, the word “placebo” started being used to describe treatments. The Scottish obstetrician William Smellie (in 1752) is the first person I’m aware of who uses the term “placebo” to describe a medical treatment. He wrote: “it will be convenient to prescribe some innocent Placemus, that she may take between whiles, to beguile the time and please her imagination”. (“Placemus” is another form of the word “placebo”.)

Placebos were first used in clinical trials in the 18th century to debunk so-called quack cures. Which is paradoxical because the so-called “non-quack” cures at the time included bloodletting and feeding patients the undigested material from the intestines of an oriental goat. These were considered to be so effective that no trials were needed.

The earliest example I’m aware of where a placebo control was used is in a trial of “Perkins tractors”. In the late 18th century, an American doctor called Elisha Perkins developed two metal rods he claimed conducted what he called pathogenic “electric” fluid away from the body.

He received the first medical patent issued under the Constitution of the United States for his device in 1796. The tractors were very popular, and even George Washington is said to have bought a set.

They reached Britain in 1799 and became popular in Bath, which was already a hub for healing because of its natural mineral waters and associated spa, which have been used since Roman times. Dr John Haygarth, however, thought tractors were bunk and proposed to test their effects in a trial. To do this, Haygarth made wooden tractors that were painted to appear identical to Perkins’ metal tractors. But because they were made of wood, they could not conduct electricity.

In a series of ten patients (five treated with real, and five with fake tractors), the “placebo” tractors worked as well as the real ones. Haygarth concluded that tractors didn’t work. Interestingly, the trial did not show that the tractors did not benefit people, but merely that they did not produce their benefit via electricity. Haygarth himself admitted that the fake tractors worked very well. He attributed this to faith.

Other early examples of placebo controls tested the effects of homeopathy tablets compared with bread pills. One of these early trials revealed that doing nothing was better than both homeopathy and allopathic (standard) medicine.

By the middle of the 20th century, placebo-controlled trials were prevalent enough for Henry Knowles Beecher to produce one of the earliest examples of a “systematic review” that estimated how powerful placebo were. Beecher served in the United States Army during the second world war. Working on the front line in southern Italy, supplies of morphine were running out, and Beecher reportedly saw something that surprised him. A nurse injected a wounded soldier with saltwater instead of morphine before an operation. The soldier thought it was real morphine and didn’t appear to feel any pain.

After the war, Beecher reviewed 15 placebo-controlled trials of treatments for pain and a number of other ailments. The studies had 1,082 participants and found that, overall, 35% of the patients’ symptoms were relieved by placebo alone. In 1955, he published his study in his famous article The Powerful Placebo.

In the 1990s, researchers questioned Beecher’s estimates, based on the fact that the people who got better after taking the placebos might have recovered even if they had not taken the placebo. In philosophy-speak the possibly mistaken inference that the placebo caused the cure is called the post hoc ergo propter hoc (after, therefore because of) fallacy.

To test whether placebos really make people better, we have to compare people who take placebos with people who take no treatment at all. Danish medical researchers Asbjørn Hróbjartsson and Peter Gøtzsche did just that. They looked at three-armed trials that included active treatment, placebo control, and untreated groups. Then they checked to see whether the placebo was better than doing nothing. They found a tiny placebo effect that they said could have been an artefact of bias. They concluded that “there is little evidence that placebos, in general, have powerful clinical effects”, and published their results in an article called Is the placebo powerless?, which contrasted directly with the title of Beecher’s paper.

However, Hróbjartsson and Gøtzsche corrected Beecher’s mistake only to introduce one of their own. They included anything labelled as a placebo in a trial for any condition. Such a comparison of apples and oranges is not legitimate. If we looked at the effect of any treatment for any condition and found a tiny average effect, we could not conclude that treatments were not effective. I exposed this error in a systematic review, and now it is widely accepted that just as some treatments are effective for some things but not everything, some placebos are effective for some things – especially pain.

Recently, placebo-controlled surgery trials have been used. In perhaps the most famous of these, American surgeon Bruce Moseley found 180 patients who had such severe knee pain that even the best drugs had failed to work. He gave half of them real arthroscopy and the other half placebo arthroscopy.