Hitler’s Greatest Mistake Ever: The Halt Order at Dunkirk? 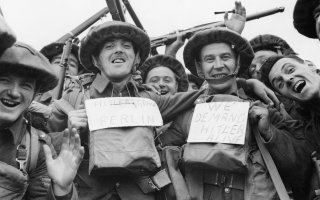 Key Point: Why did Hitler issue the halt order? No one knows for sure.

So with a blockbuster Hollywood movie on Dunkirk hitting the silver screen this July, one would think that Dunkirk was a British victory.