Hitler Wanted Lots of Battleships and Aircraft Carriers. Why Didn't He Get Them? 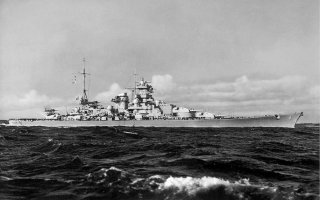 Here's What You Need to Know: Plan Z envisioned the construction of a balanced fleet, built along similar lines to those of the Washington Treaty powers, with some important exceptions.