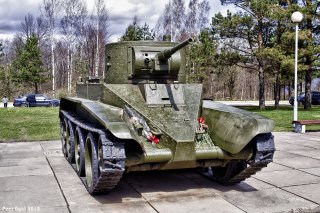 Here's What You Need to Know: The stand at Piombino revealed there were plenty of Italians ready to fight back against Fascism in the wake of the armistice.

On September 8, 1943 it was revealed to the Italian public that three generals had signed an armistice five days earlier terminating hostilities between Italy and the Allied powers.

The following day, two German torpedo boats and the steamer Carbet appeared before the harbor of the port town of Piombino, located off the northwestern coast of Tuscany, Italy on the Tyrrhenian Sea.

The force’s commander, Kaptanleutnant Karl Wolf Albrand, demanded access to the harbor on the pretext that he needed to resupply fuel and gas—but was denied by the local authorities and naval commander, Frigate Captain Amedeo Capuano.  Italy was no longer allied with Nazi Germany, after all!

But the commander of the local 215th Coastal Division, Major General Cesare De Vecchi, a longtime Fascist politician, intervened.  He not only opened the harbor to German forces, but forbade the garrison to do anything to impede their movements.

The Germans had anticipated that Italy might end its alliance, and Albrand’s force was one of several units executing a lightning operation to seize key strategic points in Itay before they could fall under Allied occupations.  Occupying Piombino was particularly vital to facilitate the evacuation of the 90th Panzergrenadier Division in Sardinia and a Sturmbrigade in Corsica.

TA-9 under Captain Otto Reinhardt took position on the northern end of the port, while Albrand’s TA-11 deployed to the southern end.  This allowed the German boats to cover the entire harbor with their guns.

Hundreds of German sailors and troops were soon ashore in the Italian city and began dispersing in teams to key points of the city, clearly preparing to seize the entire community.

The locals weren’t at all happy about it.  A local anti-fascist committee formed an armed militia and issued an ultimatum requiring the Germans to leave the city by 9 PM.

When civilians began protesting the German invasion, General Fortunato Perni ordered Italian tankers of the XIX battalion/31st Armored Regiment to disperse them with machine gunfire.  Perni even advised the Germans not to be alarmed if they heard gunshots, as that would merely be his tanks shooting at Italian civilians.

But junior officers in the ranks of the Italian Army and Navy were also angry about the voluntary surrender and were aware the Germans were preparing an attack.  Artillerymen at one coastal battery arrested a German team they spotted nearby.  The VAS boat crews, realizing their ships were essentially being held hostage under German guns, sabotaged their boats and fled to the hamlet of Savioli.

Tensions had peaked by 9:15 PM when a flare illuminated the German ships in the harbor.

Thinking they were about to come under attack, Albrand ordered his forces to open fire.

That proved to beg a big mistake as a massive close-range firefight between former allies worthy of a Tarantino flick erupted across the harbor.

TA-II promptly blew up one of the moored and unmanned VAS sub-chaser to high heavens, causing diesel fuel to pour into the harbor and catch fire.

Italian cannons and tanks began pummeling the German ships cooped up in the harbor.  There were three batteries of 76-millimeter anti-aircraft guns at Montecaselli, Salivoli and Falcone, as well as one battery of 102-millimeter guns at Semaforo.  All were equipped with searchlights and defensive machineguns and together began to rain hell on the German ships below.

Fire also poured in from the XIX Tank Battalion, one of just a few units equipped with brand-new 15-ton M15/42 tanks.  These were improved models of Italy’s notoriously unreliable M13/41 tanks, with better engines and longer-barrel 47-millimeter guns, in addition to their five 8-millimeter machine guns in three mounts.

47-millimeter tank shells slammed in TA-11, which then drifted into the blazing gasoline fire started by her own attack on the VAS boats.  The German torpedo boat caught fire and sank.

Shellfire also roughed up TA-9, forcing her to flee from the harbor, spitting cannon shells back at the Italian defenders the entire time.

The Italian coastal guns went picking off the German boats left and right.  Seven F-Lighters were destroyed, both steamers were crippled, two barges sunk and third heavily damaged and abandoned, and six Luftwaffe rescue launches/security boats were reduced to flinders.

By the time the shooting was over a few hours later, there were 120 German dead.

In exchange German fire killed two sailors and a civilian, and a Guardia di Finanza military police brigadier was mortally wounded by machine-gun fire from a German motorboat.  All four VAS boats were lost in the blaze—fortunately without their crews on board.

But fighting continued on land for several hours due to hundreds of German sailors armed with automatic weapons who had barricaded themselves in an air defense shelter.

After waiting a few hours for tanks to intervene, eleven Italian artillerymen from the Semaforo battery descended into town to eliminate the threat, as recounted in a letter by Giovanbattista Salvadore:

Upon order, we stuffed our jackets full of hand grenades and went on the attack. At a certain point, we caught sight of a German cap behind a bush and I threw a hand grenade and ten German sailors came from there and we immediately disarmed. We went over to the shelter and began to drop the hand grenades, four by four for each man, so that 44 hand grenades exploded simultaneously.

After the third round of grenades, the Germans threw out a stick with a white rag.  Our commander spoke, hiding behind a German officer, said he would send a non-commissioned officer with two sailors to disarm them, as they came out: so, I went with two sailors to disarm them. There were several hundred Germans taken prisoner.  When they saw there were only eleven of us, they were left speechless.

Sadly, the gallant act of resistance by Piombino’s citizens was for naught.  That morning, De Vecchi ordered that the prisoners be released even and gave them back their weapons.  They soon departed on some of the few surviving German boats.

Then on September 12, the Italian coastal defense command disbanded the XIX tank battalion and surrendered Piombino to German forces, handing Nazi Germany a victory it had absolutely not earned.  The local soldiers and civilians who had banded together to combat the Fascists were forced to flee in the surrounding woods.

The stand at Piombino revealed there were plenty of Italians ready to fight back against Fascism in the wake of the armistice. Sadly, the Allies did not have adequate ready forces in September 1943 to fully exploit the strategic opportunities brought about by the armistice, whereas the Germans had prepared in advance for the contingency.  As a result, Italy was doomed to suffer twenty more months of brutal warfare.