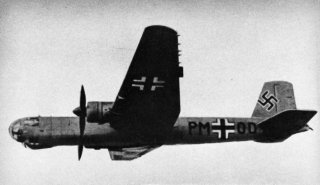 Here's What You Need To Remember: That was a lot of engines built for the largely useless He 177, and the Luftwaffe could have fought longer and harder, and with more Bf 109s, had it not been so seduced by dive bombing — which lost its tactical effectiveness once the Allies gained air superiority.