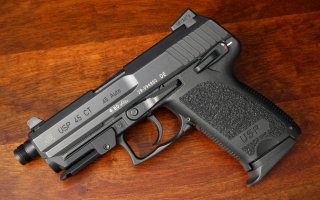 Key Point: Pistols like the HK45 could help the big-bore cartridge keep a place at the table of popular pistol calibers for decades to come.