A Horrifying Chemical Weapons Disaster Spurred the Creation of Chemotherapy 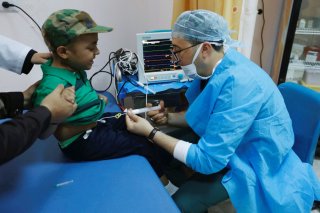 Here's What You Need to Remember: Still, the catastrophe did come with one consequence that would far outlast its impact on the Allied war effort. Colonel Alexander had noted that the mustard gas victims had exhibited decreased white blood cell counts, even though such cells divided very quickly. Alexander kept tissue samples of the victims and wrote in his report that mustard sulfur, or some other similar compound, might be effective in killing fast-replicating cancer cells.