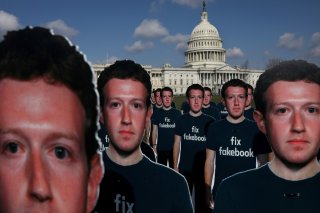 The House Judiciary Committee’s Democratic leadership has released its long-awaited report detailing how the government should remake the US tech industry. There are two bottom lines. First, for about 300 pages, the report explains that Facebook’s 2.7 billion users, Google’s 1.5 billion users, Amazon’s 350 million active users, and the users of 1.4 billion Apple devices are wrong. They are being exploited and would be better off using smaller companies’ services.

Secondly, the authors believe that rules and regulations can accomplish their visions of optimal business and industry structure, and should be used for that purpose. That takes about 25 pages. The report makes numerous recommendations, but here I will address the report’s recommendations on dominance, essential facilities, and predatory pricing. (Other issues including structural separations, mandated interoperability, forced data portability, and more will be covered in a follow-on post.)

The report recommends that “a market share of 30% or more constitutes a rebuttable presumption of dominance by a seller.” Why 30 percent? The authors do not say, other than that the Supreme Court chose this number in a merger case.

The 30 percent number is arbitrary and lacks intellectual merit. The Supreme Court chose that number in its case because it was convenient for that circumstance (see footnote 41). That is hardly a meaningful precedent.

Tying a definition of dominance to market share is also without merit. The assumed link between market share and market power was debunked years ago. (See my paper here describing the history.) And the report itself explains that tech markets often tip so that any successful firm would be considered dominant — even small firms serving niche markets.

The recommendation also leaves firms in a quandary. The 30 percent mark is a rebuttable presumption, meaning that a firm with more than a 30 percent market share has the opportunity to demonstrate that it isn’t dominant. But by what standards would regulators assess rebuttals? The report implicitly admits that there can be no standards since the authors were unable to develop a substantive foundation for their recommendation.

The essential facilities doctrine was most fully developed in a Supreme Court case between MCI and AT&T. The doctrine states that a monopolist must provide a rival access to a facility if the rival is unable “practically or reasonably to duplicate the essential facility” and if it is feasible to provide the facility. Antitrust scholars have been skeptical of this doctrine for years because it is hard to justify through economic analysis.

The report recommends Congress consider overriding this existing essential facilities doctrine and simply mandate that “dominant firms provide access to their infrastructural services or facilities on a nondiscriminatory basis.” This would be a significant and costly change.

The existing doctrine relies on the essential facility owner being a monopolist, ensuring that the rival truly has no place else to go. The recommendation lowers the bar to any firm with at least a 30 percent market share, which implies that in reality, rivals would have numerous alternatives. And indeed, this is the case in tech, where Amazon competes with Walmart, eBay, Target, and others in e-commerce; Google competes with Facebook, Bing, and others for online advertising; and Apple competes with large numbers of device manufactures and with Google, Samsung, Sony, and others in app stores.

The existing doctrine also requires that the requester be a rival and that the rival be unable to duplicate the facility. The report would drop both requirements, which means that anyone could demand that multiple firms give it access to facilities the firms do not find economical to sell, and for any reason. This could be untenable for many firms that are unlucky enough to have a 30 percent market share, and might result in requesters simply living off the features and functions that other firms have built.

According to the Federal Trade Commission, predatory pricing is below-cost pricing that “allows a dominant competitor to knock its rivals out of the market and then raise prices to above-market levels for a substantial time.” The latter step is called the recoupment requirement, which simply means that the predator recaptures its losses once the rivals are gone.

COVID-19 has shown us how important it is to have digital businesses that can learn and adapt quickly on a large scale. Perhaps this was lost on the report’s authors as they recommend government controls that would choke economic productivity, growth, and adaptability.

Before turning the recommendations into laws, policymakers should require regulatory impact analyses from the staff so that they can explain how they know that the benefits of such substantial changes are worth the cost.