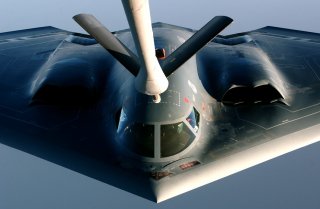 Here's What You Need To Remember: So how much longer will the B-2 fly? It is slated to fly alongside the emerging new B-21 Raider stealth bomber as it starts arriving in the mid 2020s, and ultimately retire. However, given its current trajectory and combat effectiveness, it seems entirely reasonable to speculate 2040? Perhaps 2050? We’ll see, the Air Force does not discuss this much.