How America and China Can Give Peace a Chance 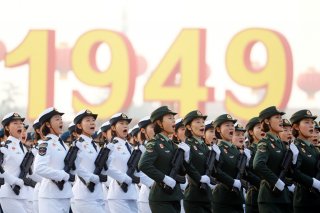 Here's What You Need To Remember: It is at sea that the United States and China are most openly in competition. Today, U.S. warships regularly operate off of Chinese littoral water, but not vice versa.