How America and China Narrowly Averted War Over Taiwan 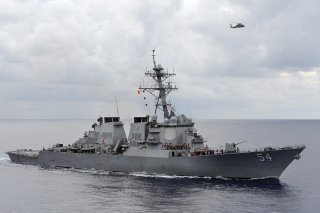 Here's What You Need to Remember: The Third Taiwan Crisis was a brutal lesson for a China that had long prepared to fight wars inside of its own borders.