How American Society Teaches Everyone to be Racist 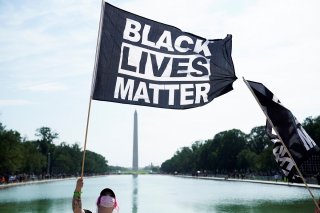 Progress toward a more just and equitable society may be on the horizon. Since the killing of George Floyd by a white police officer in May, around the United States, millions of people have taken to the streets, statues have been felled, leaders have been fired and pressured to resign, and activists-turned-politicians have gained traction in prominent political races.

But until people recognize that racism is wired into the American mind, we believe that few of these efforts are likely to actually reduce racist behavior.

Our work provides a way to understand how race and society influence the brain. One of us (Waddell) is a sociologist who researches social inequality; the other (Pipitone) is a psychologist who examines the biological implications of human behavior.

Our respective work reveals a difficult fact regarding recent efforts to eradicate racism from U.S. society: If you’re American – regardless of the color of your skin – racism likely structures how you think.

A great deal of attention has been paid to the rates at which police officers kill minorities. In the U.S., police shoot and kill Black people at two and a half times the rate at which they kill white people, and the disparity between Latinos and whites is nearly as high, about 1.8 times more frequent.

But it’s not only white officers who kill minorities at higher rates. Researchers who compiled a database of officer-involved shootings found that minority police officers are just as likely as their white counterparts to shoot Blacks and Latinos more frequently. This work is supported by additional research, which concludes that “The killing of black suspects is a police problem, not a white police problem.”

Does that mean that racism isn’t at play? Not at all. Rather, these facts reflect the depth to which race affects everyone in U.S. society. The aforementioned findings are echoed by the anti-racism movement advanced by historian Ibram Kendi, who recently said:

“You can be someone who has no intention to be racist, but because you’re conditioned in a world that is racist and a country that is structured in anti-Black racism, you yourself can perpetuate those ideas.”

Racism is so deeply interwoven into the nation’s culture that it is embedded in the neural processors inside our skulls. This is true for minorities and nonminorities alike. Racism subconsciously affects the way we view other humans and perniciously affects people of color.

One important feature of the human mind is its ability to consolidate and organize massive amounts of information into categories. Categorization allows you to create mental shortcuts – what psychologists call schemas – which speed up decision-making in the future. In doing so, you’re able to make quicker decisions without reconsidering streams of information again and again.

Schemas allow you to reduce the amount of energy you expend on decision-making by categorizing your world into simplified, transferable forms – better known as stereotypes.

This categorical behavior has been largely adaptive throughout human history. Living in small bands under ancestral conditions, detecting allies or potential enemies would have been paramount to survival. In the modern world, however, these mental shortcuts come with a dark side.

Schemas are grounded in cultural teachings. They’re nurtured by your upbringing, your educators, your mentors, the movies and shows you watch, and your physical surroundings. And when it comes to race and ethnicity, schemas embody both the positive and negative associations that society teaches about different racial and ethnic groups. Over time, everyone, regardless of their own race and ethnicity, can develop implicit biases that feed into stereotypes, prejudiced behavior and discrimination.

Psychologists have examined implicit attitude biases within the context of race and ethnicity. The Implicit Association Test measures the way in which people’s ideas and beliefs relate to their subconscious attitudes about viewing Black or white faces, or names that are typically associated with a particular racial or ethnic group. You can take the test here.

Researchers ask participants to pair concepts associated with being “Black” or “white” with attributes such as “pleasant” or “unpleasant.” They then measure the time that participants take to process information. Fast times imply the association makes sense to participants, whereas slow times indicate the opposite.

The results show that white Americans hold more positive associations for other white Americans than they do for Black individuals. Research by psychologist Brian Nosek and colleagues shows that Black Americans report conscious, or explicit, attitudes that are more positive toward other Black individuals than toward whites. However, the same Black participants show more positive implicit associations, or subconscious attitudes, toward white individuals than they do toward Blacks, thus demonstrating how implicit racial biases affect members of the majority and minority groups alike.

Psychologist B. Keith Payne studied how implicit biases can have deadly consequences. He and his colleagues asked volunteers to play a computer simulation in which they shoot people holding weapons while refraining from shooting people holding harmless objects, such as a hand tool.

Across multiple studies, participants are significantly more likely in the simulation to shoot Black men holding harmless objects than white men holding the same things. In these studies, Black participants make the same deadly errors as their white counterparts.

The mental shortcuts in people’s minds are structured mainly by society. And if you are American, your mind observes from a very early age, whether consciously or not, that opportunity is tilted in favor of white people.

Your brain notices details like white individuals having more access to quality education, good health care and high-paying jobs. And every day, from the news, entertainment and social media, your mind absorbs images of minorities being portrayed as criminals, gang members and freeloaders. Over time, your mind begins to subconsciously categorize minorities as inferior.

As depressing as this process might sound, not all is lost. Along with a natural proclivity to take mental shortcuts and be more suspect of individuals from groups different from your own, human beings have an innate ability to critically think and reason. Your frontal cortex, the area of the brain that allows for the most complex cognitive abilities and behavioral inhibition, is unmatched in the animal kingdom. So, while your brain may jump to conclusions, you have the ability to reconfigure your subconscious inclinations.

How can you do this?

At the individual level, you can begin breaking down dangerous stereotypes by introducing your mind to more accurate depictions of our highly unequal social reality.

Individual awareness is necessary, but not sufficient to bring about societal-level change. The only way to permanently shift a mental construct such as racism is by fundamentally reorganizing the physical world that informs our minds.

In the United States, this would require desegregating America’s schools, which, 60 years after Brown v. Board of Education, remain unequal. It would also require desegregating American neighborhoods, which are deeply divided along racial and ethnic lines. This shift would also depend on equal access to health care, which did improve a bit for minorities following the passage of the Affordable Healthcare Act of 2010. Finally, a true shift in mental constructs regarding race and ethnicity will rest upon equal representation in political offices, where minorities continue to be severely underrepresented.

In time, more equal opportunities for minorities will rewrite the implicit biases that guide each of us. Until then, Americans’ subconscious minds, as well as our decisions, will continue to reflect the divisions we see in our physical world.