How the B-52 Bomber Defends American Troops Across the Globe 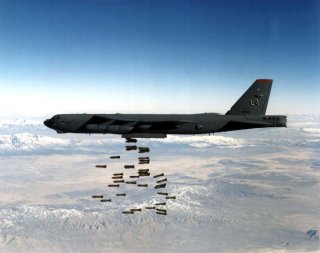 Here’s What You Need to Remember: Despite emerging as far back as the 1960s, the bombers are still viable and able to function effectively in combat, due to some maintenance and sustainment efforts.

The Air Force has noted that bomber task force (BTF) deployments have been a regular occurrence since 2014, and these provide U.S. Strategic Command an opportunity to evaluate and improve the readiness of strategic assets within the Indo-Pacific region. These BTFs provide a persistent, long-term bomber presence around the globe.