How the Baltic States Would Throw Back a Russian Invasion 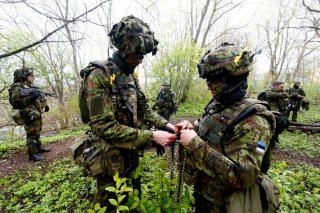 Here's What You Need to Remember: In the end, no clever strategy can change the fact that Russia is big and the Baltic states are small. Nonetheless, as in any situation where there is bullying, simply declaring your readiness to stand up to a bigger aggressor just might deter attack—or at least not leave you feeling so helpless.

This first appeared three years ago and is being reposted due to reader interest.