How the Battleship USS Utah Only Survived 15 Minutes of War 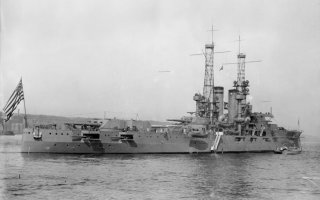 Here's What You Need to Remember: Efforts to salvage the wreck of USS Utah failed. Her service in the war lasted about fifteen minutes, but she nevertheless earned a battle star. The service was hardly irrelevant, as the torpedo that hit Utah might have hit another US warships, resulting in the deaths of more sailors. Today she remains at the bottom of Pearl Harbor, although her memorial is visited far less frequently than that of USS Arizona.

Just recently, the United States almost went to war over the downing of a drone along the Iranian border. This is not, strangely enough, the first time that an attack against the United States began with violence against a drone. On December 7, 1941, one of the first attacks conducted by Japanese aircraft was launched against the former battleship USS Utah, a radio-controlled target ship. Today, USS Utah remains at the bottom of Pearl Harbor, a memorial to those lost in the surprise attack.

Robert Farley, a frequent contributor to the National Interest. This first appeared earlier and is being reposted due to reader interest.