How the Beautiful B-58 Hustler Lost Its Chance at Life 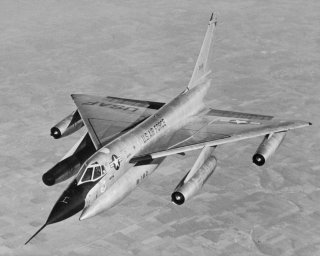 Here's What You Need to Remember: The B-58 Hustler would never see combat and was never configured for non-nuclear bombing missions. In January 1970, the Air Force retired the aircraft. The flying branch’s nuclear-attack mission would fall to low-flying B-52s, B-1s, F-111s, stealthy B-2s and ballistic missiles — the latter of which were a testament to the success of concurrency.

On Nov. 11, 1956, the first B-58 Hustler took flight. It would never see combat. An exotic, beautiful bomber designed for high-speed nuclear strike missions, changes in Soviet tactics and a development method which dramatically hiked costs conspired to doom the Hustler — intended as a replacement for the jet-powered B-47 Stratojet.