How Biden Can Transform the U.S. into a Global Humanitarian Leader 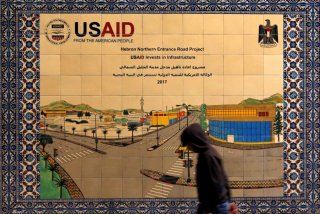 Even after the Trump administration’s repeated efforts to slash foreign aid and global partnerships, the United States remains the world’s largest source of official development assistance for low-income countries.

Still, based on what I’ve learned during a career straddling academia and government service in jobs that involved international development and climate change, I believe that the United States lost prestige, influence and capacity during President Donald Trump’s time in office.

Nearly all my close former colleagues at the United States Agency for International Development – the development agency known as USAID – have left the agency out of frustration, and those still working there are reportedly suffering from generally low morale.

President Joe Biden will need to restore credibility at a time when critical challenges like climate change have gotten harder to meet. I believe that the Biden administration will need to rapidly transform international aid policies, rather than incrementally strengthening them, for the U.S. to manage these global challenges.

Biden plans to nominate Samantha Power to head USAID. I think she should emphasize reducing the risks people in the world’s poorest countries face.

The problems to address go beyond the COVID-19 pandemic.

In June 2020, the World Health Organization announced a new outbreak of Ebola in the Democratic Republic of the Congo that took months to get under control.

In November, after years of neglect of food security programs, Category 4 Hurricanes Eta and Iota came ashore in Central America, destroying crops throughout an area two-thirds of the size of Rhode Island.

As 2021 began, an estimated 20 million people in South Sudan, Yemen, Somalia and parts of Nigeria were on the brink of famine.

The Biden administration can start to address many of these challenges by properly funding and staffing initiatives such as the COVID-19 Vaccines Global Access Facility. Known as COVAX, this joint effort by 190 countries is working with international organizations to make it possible for people everywhere to get affordable COVID-19 vaccines as they become available.

The U.S. is one of very few countries not participating in the initiative.

While COVAX is an important and worthy effort, simply signing up and rejoining other global initiatives won’t suffice. It will take more than that to address the challenges the world faces today, challenges that have only grown over four largely lost years.

Both assessments make it clear that the whole world must swiftly address climate change and biodiversity loss head-on. To do so requires phasing out the reliance on fossil fuels and other technologies that emit too much carbon and changing the way we use land.

Countries and local communities alike must adapt to current environmental impacts while planning for a substantially changed future. This will require new modes of transportation and new ways of generating energy, growing food and manufacturing goods, as well as new approaches to building homes and infrastructure.

Without transformational changes, the damage from climate change will leave the planet less safe and sustainable.

Experts have learned from decades of development efforts that it’s hard to bring about transformational change. When governments and nongovernmental development organizations have tried to make that happen in the past, it has rarely produced the desired results.

In some cases, these efforts have caused more harm than good.

For example, many studies have found that agricultural intensification, a common development strategy intended to sustainably boost food production, rarely benefits both the environment and local communities. Unfortunately, it can harm both the land and the people who depend on it for sustenance.

What I’ve found to work better are grassroots efforts to connect needed change with local conditions and norms. Foreign aid can catalyze such efforts when it focuses on reducing risks now – through humanitarian assistance – and in the future – through development aid.

Adopting this approach is harder than it sounds because of the way humanitarian aid and development aid are allocated.

Humanitarian aid is usually disbursed after disasters. Traditionally, this assistance aims to relieve immediate suffering, rather than its causes.

Development aid is different. In the U.S., as elsewhere, it’s used to address the root causes of poverty. However, governments usually tie this assistance to their foreign policy agendas, focusing on countries where outcomes are likely to be good. This is not always where the need is greatest.

In my view, closing the gap between humanitarian and development aid is critical for a safe, sustainable future, and it can work.

I have found, for example, evidence in Ghana and Mali that when low-income people acquire access to reliable sources of income and food, women get new opportunities that can greatly improve their potential earnings. When this change initially happens through humanitarian aid, and then continues with the arrival of development assistance, these transformations can sometimes become permanent.

USAID has been learning how to bridge this sort of divide through the work of its Center for Resilience in the agency’s Bureau for Resilience and Food Security over the past eight years.

For example, this center has created contracting tools that make it easier for development programs to engage in humanitarian responses during emergencies and to integrate humanitarian and development efforts to help vulnerable people manage emergencies today while staving off future crises.

By emphasizing the reduction of risks from climate change and other urgent issues, I believe that under Biden’s leadership, U.S. development policy will do a better job of encouraging appropriate, effective and lasting innovations.