How the Brief Era of the Battleship Is Already Over 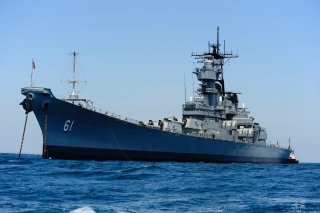 Here's What You Need to Remember: Battleships excelled at shore-bombardment, anti-aircraft defense and action against other battleships. But not for long. During World War II and beyond, new technology eroded the big ships’ advantages.

And then, very quickly, the battleship became practically obsolete. Why is a complex question — one that University of Kentucky professor Robert Farley, an occasional War Is Boring contributor, addresses in his new tome The Battleship Book.

This article first appeared in September 2019 and is being reposted due to reader interest.