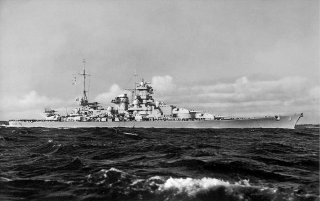 Here's What You Need To Remember: For nearly an hour more, the British ships relentlessly pounded the crippled Scharnhorst, with shells and torpedoes. The latter were known to occasionally sink capital ships with just a few lucky hits. The Scharnhorst, however, sustained nineteen torpedoes before she finally capsized.