How Can a Massive Destroyer Be "Stealthy"? You'd Be Surprised 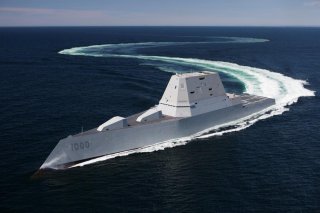 Key Point: The structure of the Zumwalt makes it surprisingly hard to spot on radar.