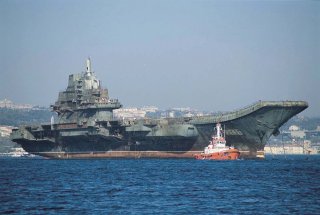 Here's What You Need To Remember: China’s aircraft carrier program was not dependent upon the acquisition of Varyag. There was sufficient organizational will within the PLAN and the Chinese government to pursue an aircraft carrier program. However, Varyag (now Liaoning) undoubtedly accelerated the Chinese program, and clearly structured how that program has developed over time.

Robert Farley , a frequent contributor to TNI, is a Visiting Professor at the United States Army War College. The views expressed are those of the author and do not necessarily reflect the official policy or position of the Department of the Army, Department of Defense, or the U.S. Government. This article first appeared in 2018.