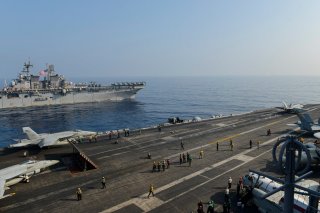 Here's What You Need to Remember: The underlying message is that the U.S. is too weak to defeat in a conflict such as a Chinese invasion of Taiwan. Beijing wants the world to know that while U.S. military and economic power is declining, China’s is growing with the addition of advanced weapons such as aircraft carriers, stealth fighters and hypersonic missiles.

Fang Xiaozhi, a researcher at the BRI Institute of Strategy and International Security, at Fudan University in Shanghai, said last year that the U.S. Navy has too few ships to meet its worldwide commitments. And more important, it doesn’t have enough vessels to defeat China in the Western Pacific.