How Chinese Military Modernization Took the U.S. Military By Surprise 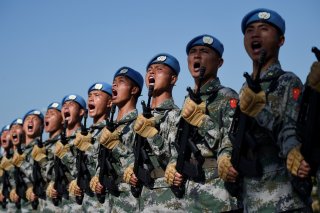 Here's What You Need to Remember: In recent years, the Chinese have massively increased their foreign presence around the globe, in a transparent effort to rival the US as a global superpower. The Chinese have made large incursions into Africa, and even set up a military base in Djibouti, Africa, right near a strategically vital US presence.