How Churchill Bested the World War I Ottoman Navy 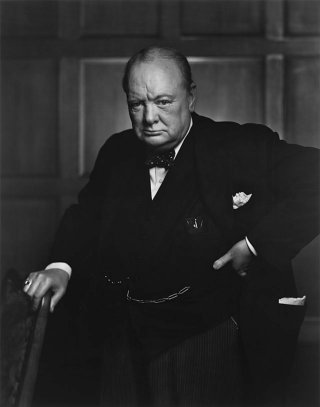 Key Point: Among the nations that sought to upgrade its aging fleet was the Ottoman Empire...

After the construction of the Royal Navy’s HMS Dreadnought, navies around the world began to undertake ambitious shipbuilding programs. In some cases the new warships were built domestically but in many cases navies sought other shipbuilding “experts.”

Among the nations that sought to upgrade its aging fleet was the Ottoman Empire, and following the “Young Turk” revolution of 1908, the Turkish Admiralty drew up a plan that called for six dreadnoughts, twelve destroyers, twelve torpedo boats and six submarines. “Every penny… was to be spent in England.”

At the time this made sense for two reasons.

First and foremost, Great Britain was a long-established shipbuilder, and its shipyards had received orders for more than a dozen dreadnoughts following the construction of HMS Dreadnought in 1906. If the Turkish Admiralty was going to build a fleet of dreadnoughts why not turn to the nation that knew how to do it best.

The second consideration was that throughout the nineteenth-century—as the weakening Ottoman Empire became known as “the sick man of Europe”—the British had become the traditional protector of the Turks, even as the Balkan states gradually won independence. Great Britain had seen battle with Imperial Russia, which sought Constantinople (today’s Istanbul), as its traditional rival; and the British along with the French took part in the Crimean War on the Ottoman’s side against the Russians only some fifty years earlier.

But a series of events changed the traditional playing field in Europe. A united Germany had undertaken its own ambitious naval program and the British found common ground with France and Russia. The Turks moved closer to Germany, but still sought the best shipbuilders and that meant working with the British.

The Turks also feared that the Greeks, as well as the Russians, were building modern navies, and so the Turks rushed to counter it. At first the British tried to discourage the Turkish naval purchases to forestall a naval arms race, but this only resulted in the Germans then selling two dreadnoughts to Turkey. That was among many reasons that convinced the British shipbuilding firm of Armstrong Whitworth and Vickers to agree to a deal. And while the British government didn’t ever take credit for making the deal happen, there was likely hope it would counterbalance German influence with the Ottomans.

The initial order was for two Reşadiye-class battleships, which were very similar in design to the Royal Navy’s own King George V-class with some improvements. Each of the ships was to carry 13.5-inch main battery guns, along with 6-inch secondary guns (by contrast the British ships only had 4-inch secondary guns). The first and namesake of the class, also known as Reshadieh in the Latin alphabet, was laid down in 1911, and completed in August 1914.

The same month the Reşadiye was ready for delivery World War I broke out. Turkish sailors had arrived at Newcastle upon Tyne to take possession and sail her home, but First Lord of the Admiralty Winston Churchill had other plans. He commandeered the Reşadiye, along with the still under construction Sultan Osman, and she was integrated into the Royal Navy as the HMS Erin.

The intention of the contracts with the Turks was to improve relations, but that was all undone when the ships were seized without compensation. That pushed the Ottoman Empire into signing a treaty of alliance with Germany, and the Turks formally entered the war on October 28. Somewhat ironically the shipbuilding firms of Armstrong and Vickers along with other smaller firms were still working on two scouts, four torpedo boat destroyers, two twin screw submarines and floating docks for the Ottomans!

Much of that material was taken over by the Royal Navy.

While designed for the use in the Mediterranean, HMS Erin joined the 2nd Battle Squadron of the Grand Fleet in the North Sea and served there throughout the war—taking part in the Battle of Jutland in 1916. Later, due to the Washington Navy Treaty of 1922, which mandated significant draw downs of capital ships, she was scrapped in December 1922.

It is now worth pondering whether the delivery of the one battleship to the Turks might have at least kept them out of the war, or whether it could have been used against the Royal Navy. It remains one of those many “what if” events of the senseless conflict.