How Cities Created the Perfect Breeding Ground for Coronavirus 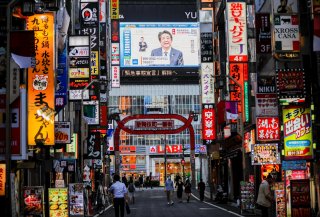 COVID-19 brought the relation between humans and animals to the core of social and scientific debates. COVID-19 is a zoonotic disease: the coronavirus that causes it crossed species boundaries from animals to humans. A wet market in Wuhan may be the place where that original species-jump happened.

There is mounting evidence that humans now transmit COVID-19 back to other animal species: domesticated dogs and cats, but also tigers in captivity and possibly apes. As an April 2020 article in the Los Angeles Times notes, diseases like COVID-19 “are an expected consequence of how we’re choosing to treat animals and their habitats.”

Urbanization is both a driver of zoonosis and a determining influence on human-nature and human-animal relationships.

Urban political ecology considers urbanization as a political, economic, social and ecological process. It is a field of study that investigates the relationships that physically sustain urban life and the processes that affect them.

The reach of urbanization

Urbanization is a process that involves extending the city as much as it involves the concentration of activities and movements of people and stuff. Traditionally, the urban periphery is described as either polished middle-class suburbia with perfectly manicured lawns or invisible dumping ground: polluting factories, nuclear plants, garbage dumps and recycling facilities as well as retirement homes.

Remnants of industrialism — such as abandoned mines, decommissioned factories and outdated agricultural production facilities — are being reclaimed as suburban space. These old and new developments often rely on infringements of ancient land rights.

Extended urbanization happens within a capitalist framework of massive inequality. The food, gas, electricity and water that make urban life possible are often packaged, piped, cabled and plumbed into the city. Urban lifestyles are sustained by vast networks of infrastructure and industry that reach into environments well beyond.

These relationships are profoundly shaped by the exploitation, injustice and oppression that capitalism relies on and perpetuates. The colonial character of urbanization violently transforms material landscapes and destroys, diminishes and confines imaginaries of difference, resistance and possibility.

Uneven development produces the potential for inevitable and sometimes unpredictable catastrophes. In 2019, natural disasters devastated regions from Australia to California to Mozambique; the poor, working class, Indigenous and ethnic minorities were disproportionately affected. In other words, those on the periphery, physically and metaphorically.

In California, prison labour — increasingly managed by private companies — is used to fight wildfires. Meanwhile, animals and other non-human life trying to escape scorched landscapes change their relationships with humans as was the case during the Australian inferno that began in September 2019.

Science fiction, which often occupies its own kind of literary periphery, can help us examine and imagine new human-nature relationships.

In Christopher Nolan’s 2014 movie Interstellar, humanity attempts to escape nature — and its own nature — by becoming a God-like, post-human divinity that can control black holes and wormholes. In contrast, in Denis Villeneuve’s 2017 film Blade Runner 2049, sustainability and food efficiency are achieved in a post-capitalist manner: the globe is covered in solar panels and synthetic farms. What remains is a deeply divided planet, and the political ecologies of extended urbanization are classed, racialized and gendered.

The ambiguous worlds of Cory Doctorow’s Walkaway, Octavia Butler’s Parable of the Sower, Andrea Hairston’s Mindscape and Samuel Delany’s Trouble on Triton: An Ambiguous Heterotopia, to name a few, are reminders that humans, nature, technology, environments and the relationships between are them are malleable.

The way in which capitalist states and enterprises address crises like fires, floods and the COVID-19 pandemic are illustrative: governments behave like ostriches by burying their heads as extended urbanization and capital expansion continue unabated.

Blaming environmental destruction on all of humanity obscures the variable degrees to which people are responsible; this depends both on their economic and political power and their access to and use of natural resources.

It isn’t urbanization alone that caused the pandemic, and it isn’t capitalism alone either. It is the political ecology of extended urbanization that created the conditions under which COVID-19 could emerge, proliferate and go global.