How the Coronavirus Pandemic Unemployment Assistance Was Abused by Scammers 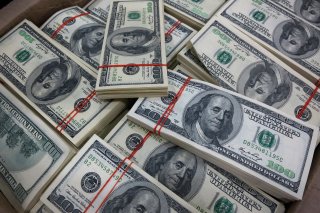 The Pandemic Unemployment Assistance (PUA) program is unprecedented in the nature and number of its recipients. For the first time, this temporary federal program provides unemployment benefits to gig workers, independent contractors, and others with such limited work history they don’t qualify for state unemployment insurance (UI) benefits. And while this figure includes backlogged claims and thus should be interpreted with caution, the apparent 11 million current PUA recipients already far exceeds the pre-pandemic record of 6.4 million UI recipients set in March 2009 (those apparent PUA recipients are in addition to 14.1 million current UI recipients, which is down from an all-time record of 22.8 million in early May; all figures are not seasonally adjusted, i.e. “real”).

Unfortunately for taxpayers as well as people in need, another way the PUA program may be historic is in its susceptibility to fraud and abuse. As I reviewed previously, one key contributing factor is that PUA allows claimants to “self-certify” prior work and thus eligibility for unemployment benefits. Any time a program trusts would-be recipients to certify their own eligibility, that’s an invitation for trouble. And the lack of a prior employer for many PUA recipients eliminates an elemental anti-abuse check that often keeps UI benefits from ending up in the wrong hands.

In Arkansas, scammers even attempted to claim the identity of Governor Asa Hutchinson and some of his cabinet secretaries (who are all naturally employed) in order to access PUA benefits:

Hutchinson himself received a fraudulent letter, as did other cabinet secretaries, according to Secretary of Commerce Mike Preston.

These are far from isolated incidents, as confirmed by recent reports of astonishing levels of attempted PUA fraud in Colorado and other states:

On a good day, the Colorado Department of Labor and Employment (CDLE) may only have to block 30% of initial claims for PUA, but on a bad day, as many as half of the claims coming in are flagged as suspicious and rejected, said Jeff Fitzgerald, director of the state’s unemployment insurance program…

As Colorado’s UI director ominously added, “Colorado is actually doing better than others in catching bogus applications for benefits.”

How much is at stake? Plenty. Overall, PUA has paid out over $40 billion in benefits through August 22. That’s already 40 percent more in five months than the $28 billion the UI program paid out in all of last year. And that’s not counting the $600 federal bonus previously added to each weekly PUA benefit check, which provided an estimated $90 billion more to PUA recipients through July. If just 10 percent of those benefits were in error (which matches the recent improper payment rate for the UI program, and thus is likely overly conservative), that means at least $13 billion already has been lost to fraud in the PUA program alone. So taxpayers lose, but intended beneficiaries are not unscathed. As states have dialed up efforts to prevent improper payments, payments have been delayed to those in need.

PUA is authorized through December, and first-time claims for PUA benefits have dropped noticeably from 909,000 in the last week the $600 bonus was payable to 608,000 in the week ending August 22. That suggests more people are now remaining in or returning to work instead of applying for PUA benefits. It may also suggest that even scammers respond to incentives — that is, when the payoff for ripping off a government program drops, interest in ripping it off may fall, too.