How Could Japan Defeat China in a War? Think Iwo Jima 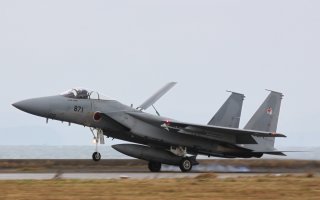 Here's What You Need To Remember: A RAND Corporation report suggests that the most effective way for Japan to stave off a land invasion from China is similar to its strategy in World War II - arm the surrounding islands to the teeth and make any invading army engage in costly amphibious landing operations until help arrives.